E-commerce giant Alibaba is about to shut down its online retail platform Tmall this October. The Hong Kong-based service, which launched in May 2021 and sold products from top brands in China and overseas, will accept final orders from customers on August 21.

Alibaba gave no clear reason for the move, with the Hangzhou-based company describing the shutdown as a “business strategy adjustment”. 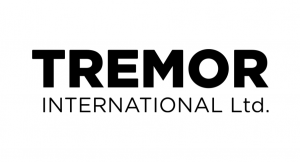 Amobee, which was acquired by Singapore Telecommunications (Singtel) for $321m (£266.8m) in 2012, had previously bought a number of ad tech companies including Videology and Turn. By buying Amobee, Tremor International intends to strengthen its “growth strategy” and improve its ability to plan digital campaigns, according to the company’s CEO, Ofer Druker.

Amazon ventures further into health with the acquisition of One Medical

International retailer Amazon bought One Medical in an all-cash deal valuing the healthcare chain at around US$3.9bn (£3.2bn).

The deal sees the e-commerce giant venture further into the health sector, an area that Amazon Health Services Senior Vice President Neil Lindsay says “is high on the list of experiences that need to be renovated”. Lindsay explained that Amazon intends to improve the experience of booking medical appointments and seeing a medical professional.

The Wires: what judges are looking for

the7stars sees customer base skyrocket thanks to data privacy

Fact of the day